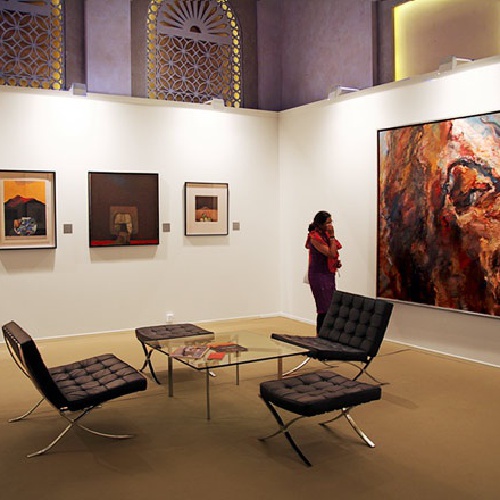 Meem Gallery is pleased to announce their participation in the 2015 edition of Art Dubai Modern, alongside thirteen other galleries from the region. Art Dubai Modern is in its second year, an addition to the fair which began in 2014 alongside Art Dubai.

Meem Gallery will present a selection of key works by Iraqi modernist Dia Azzawi and Syrian master Marwan. Dia Azzawi is well known as a pioneer of modern Iraqi art and the works selected reflect a particular turning point in the artist’s oeuvre. Selecting unique works from the 1970s, the grouping will show the last works made by Azzawi in Iraq before his permanent move to the UK.

Marwan is renowned for his distinctive style and monumental paintings, utilizing recurrent themes within his self-portraits, portraits, figures and silhouettes. We have chosen to select one monumental work from the mid 1970s, as well as a group of etchings from the Figuration series (1969 – 71) to stand with the Azzawi works of the same period.